These squirrels are not our pets but we do love to feed them and watch them in the backyard. Here are some pictures of them.

These deer made an appearance April 12, 2006 at dusk at our back door. This was the first time we had them up close when it was still daylight. Our neighbor put out corn and a down the street a  salt lick. So I am sure we will see more of them during the spring and summer months. We also have bunnies. I hope to get a picture of them also. I know we have a marmot or a groundhog around here. I did see one walk away into the woods a few months ago.

Wednesday, April 19,  2006: We had some critter excitement today. Steve took pictures of 2 cardinals. They nest nearby. He also got a bunny but from behind. Later on that night, we had raccoons. They were not afraid of the light. One of them has a nasty cut on his backleg.

On Saturday, June 2, 2007 we were entertained in our backyard by our lovable squirrels, bunny and raccoon.

July through October 2007 Critter Pictures. We have some funny squirrels.

May 2008. This funny squirrel was having fun with my feeder on my birthday. 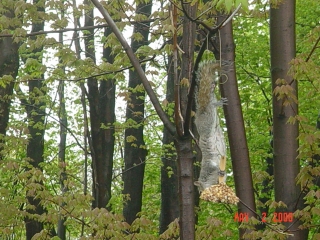 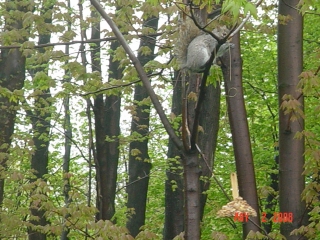 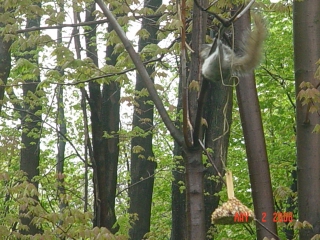 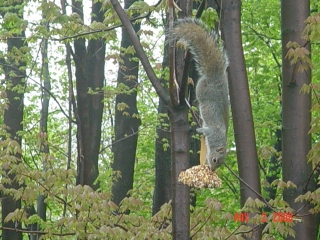