This show is sponsored by the groups listed above but will include a sanctioned American Gerbil Society Show judged by Donna Anastasi (NE). Points earned at this show will count toward championships and breeder certificates, but there will be no Best in Show or Best Opposite Sex ribbons awarded.

Note: **Due to this being a limited show judged by only one judge, there were no overall Best in Show nor Best of Opp. Sex winners at this show. HOWEVER we do have three new AGS Champions who have certainly earned their Championship points after many miles and many shows! Congrats to our new 7th, 8th, and 9th crowned Champions in AGS history:

Pictures From the Gerbil Show from Twin Squeaks

Pictures from the Gerbil Show from maestrosbrood

See the 2006 NE AGS Gerbil Show from a gerbil's point of view.

HHG Pictures from the show. 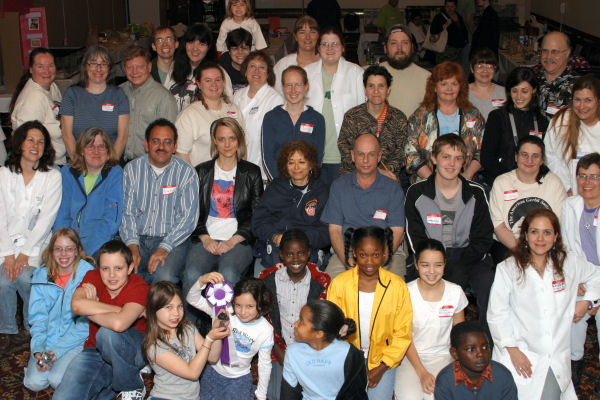 Newspaper Article - They Got The Skinny On Queen Elizabeth's Genes

Nashua Telegraph posted many pictures from the show.

Lowell Sun - 9 pictures from the show.

This is a link to the very first gerbil show aponsored by the AGS. Gerbil Show 1  (2001)

AGS Northeast Show (not sure what year)

If anyone has any AGS Show Photos or links, Email me.